Congratulation to Peike, Yunqiu on their winning in three tracks in LIP, CVPR 2019.
posted on June 11, 2019

Among the 75 participating teams in the world, our team is proud to announce that we have won the Look Into Person (LIP) Challenge for three tasks, including the single-person human parsing, the multi-person human parsing and multi-person video parsing tracks. LIP challenge has attracted many world-famous AI companies and universities including the ByteDance AI Lab, JD AI Lab, Samsung AI Lab UCLA, Cambridge and so on.

LIP Challenge is co-organized with workshop on augmented human: human-centric understanding. The workshop is co-located with CVPR 2019, the most important annual computer vision conference, to be held in Long Beach, California 16-23 June. The goal of this workshop is to allow researchers from the fields of human-centric understanding and 2D/3D synthesis to present their progress, communication and co-develop novel ideas that potentially shape the future of this area and further advance the performance and applicability of correspondingly built systems in real-world conditions.

The results can be found in https://vuhcs.github.io/. 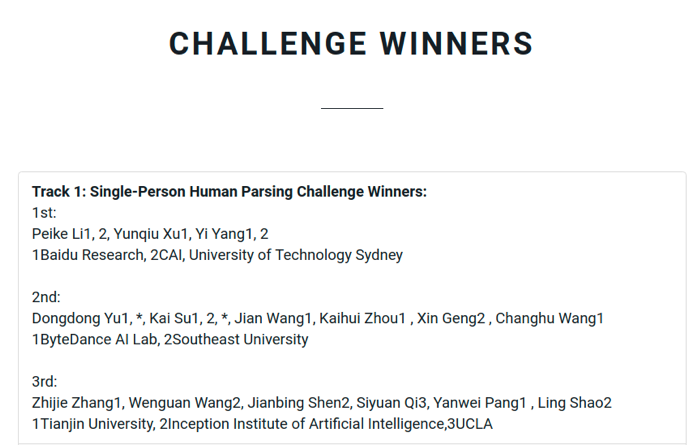 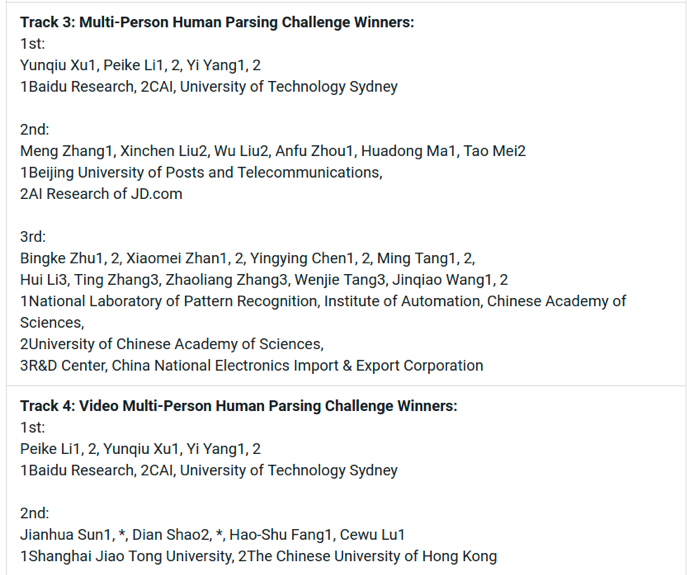 Human Parsing is the sub-task of semantic segmentation which need to assign a semantic label (like leg or arm) to each pixel in a human image. We proposed a novel SPHP(Single Person Human Parsing) network, which consists of three key modules to learn for parsing in an end-to-end manner including high resolution embedding module, global context embedding module and edge perceiving module.

Framework of our winning solution 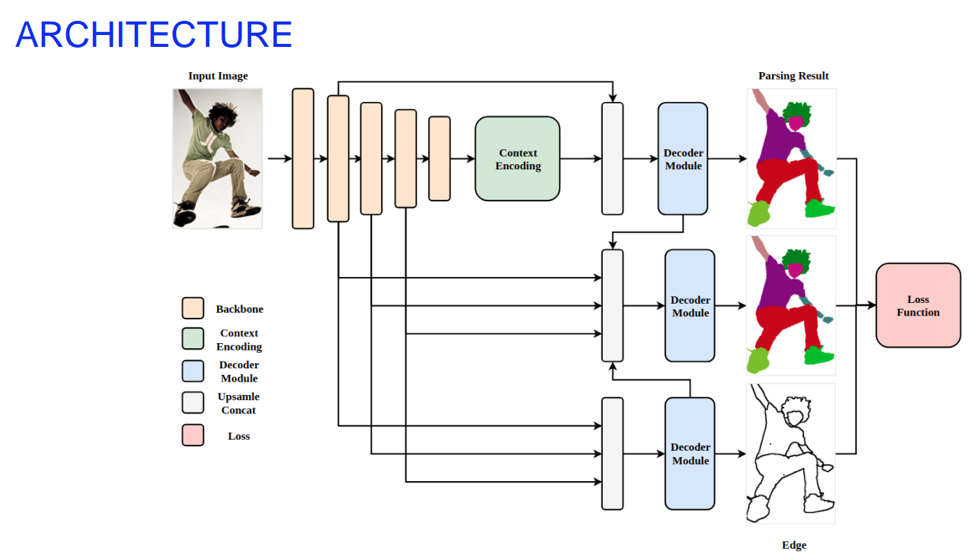 Some Qualitative Results of Our Single Person Human Parsing Solution

Some Qualitative Results of Our Multi-Person Human Parsing Solution

Some Qualitative Results of Our Video Multi-Person Human Parsing Solution

The detailed report and code will be released later.